Oil declined after hitting $70 a barrel for the first time since October 2018 as a rally driven by signs of a tightening market stalled.

Chinese oil imports, meanwhile, fell to a five-month low as the nation’s private refiners held back on purchases amid scrutiny of government-issued quotas. The nation received the equivalent of 9.68 million barrels a day in May, according to Bloomberg calculations based on government data.

A robust rebound from the virus in the U.S., China, and Europe has driven prices more than 40% higher this year, although the Covid-19 comeback in Asia is a reminder that the recovery will be uneven. Russia’s Rosneft PJSC warned of an impending shortfall in supply as global producers increasingly channel funds into a “hasty” energy transition.

“Oil prices are experiencing some long-covering with soft China export data adding to the uneasiness,” said Jeffrey Halley, a market analyst at Oanda Asia Pacific. “With some improvement in the pandemic situation in India and the recovery in the U.S., China, and Europe remaining on track, oil should remain a buy on dips.”

The market has firmed in a bullish structure. The prompt time spread for Brent is 41 cents in backwardation — where near-dated prices are more expensive than later-dated ones. That compares with 37 cents a week earlier.

The decline in U.S. drilling and output makes OPEC+’s job of managing markets easier, Vitol’s Muller said at a conference on Sunday. Given delays in talks between Tehran and world powers on reviving a nuclear deal, it’s less likely more Iranian supply will hit the market before the fourth quarter, he added.

“The focus remains on-demand, with traffic data suggesting the summer driving season should be positive,” said Daniel Hynes, senior commodities strategist at Australia and New Zealand Banking Group Ltd. “The market should tighten up even further over coming weeks.” 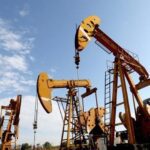 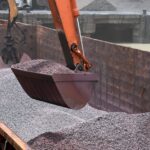 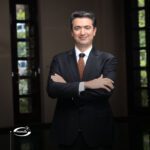